A Challenge about Finding Inspiration...from The Write Shadow. 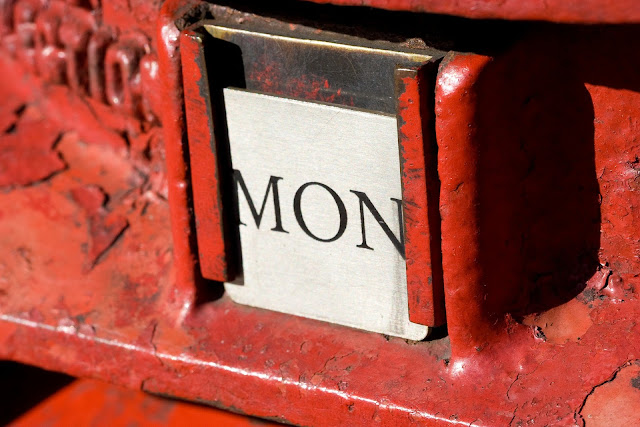 A slow Monday at work turned into an hour long writing session thanks to The Write Shadow (http://www.jessicaschmeidler.com/)

In her post, "Finding Inspiration," she sent the following challenge, and I quote:


"Where do you find your inspiration as a writer? Are you inspired by bits and pieces of life, snippets from books? Do you see where an author could have taken a book and then go write the book you wish you would have read?
One of the most unusual places that I’ve found inspiration to write a few years ago was from a text that was forwarded to me.
I had a creative writing teacher that once said any good writer should be able to take three lines and make three pages or to take three minutes and create three chapters. Is that necessary? Of course not, but at the same time, whether it’s ideal or not, it’s a fun submersion versus pacing exercise.
Even though this is something I wrote a few years back, I thought I’d share it again, along with the text (at the bottom of the story, so you don’t get a huge spoiler alert before you start reading). I’ll leave my own short text-like story underneath, as well. Write a short story inspired by the “text” and then link it below in the comments.

For you: “Here’s a story I thought u would like: A cashier once asked her boss how she could get a promotion. They said she already had. When she didn’t understand, they brought out her file. They said her position as a cashier had been her promotion.”

Since I had some time, I thought I'd take up the challenge since it feels like ages since I've written something creative. Bottom line is, I'd recommend the same for any reader out there! It was totally worth it and fun to write on a topic! Plus, it helped me practice my pacing, voice, and storytelling elements. Thanks for the challenge!

Here is my submission below:


Jamie glanced up at the calendar anxiously, seeing the bold number two coinciding with the word May at the top.

Today was the day…

She looked down at her watch while standing at her yellowing cash register. Jon, the manager at Ted’s Quik Mart would be in soon.

She had woken up determined. Before the sun was even up, Jamie had been practicing her speech, pacing back and forth in her studio apartment where she lived in downtown harlem. Sure enough her cranky old neighbor from down below had issued a complaint. But she didn’t care. Jamie was focused on her prize, and she needed it to move out of the dungy old place.

A ringing bell sound from somewhere in the back declared Jon’s arrival. He had his usual routine of arrival. He would place his crusty sandwich in the mini fridge while humming to himself, check his voicemail which never had any calls, and after about ten minutes of rummaging through his bag, he would appear at the front.

Today marked the fifth year she had been working at Ted’s. She was 22 now, and hoping to save up some kind of money to finally start her own retail clothing business. Jamie believed in what people called the Great American Dream, and she knew she could make it big if she only had some capital.

A grumble from the large, sweaty man stole her attention away.

Jon looked back at Jamie in a suspicious way. “Mornin,’ and who you callin’ sir? This ain’t no military institution. You actin’ funny today girl. Go make yourself useful and stock the shelves on aisle six.”

Jamie was a bit deflated after her initial approach was derailed like a bullet train. But she was still determined. Today was the day…

Jamie busied herself, putting the cans of green beans, corn and beets in pristine order, with each label facing perfectly out as she had always been instructed.

Though there were five employees here, there was little doubt that Jamie would be up for the assistant manager vacancy left when the other had moved out of town.

Later in the morning, when the initial rush had skidded to a halt, Jamie found herself fidgeting with her dark hair while standing in Jon’s office.

“Jon,” she began, subconsciously glancing at the cat desk calendar. “I have worked here for five years now…”

“And you have been one of my star employees girl,” Jon replied, wiping his forehead of sweat. “Our store is one of the best in the region - mostly because of me no doubt – but I’m sure a little credit could go your way.”

Jamie swallowed back on the pride that had begun welling up. “Exactly…and I was wondering if –“

“If you could go serve that customer up front?” Jon replied, taking a bite out of his Hostess cake.

Frustration was brewing as Jamie smirked back at Jon. “Of course boss. I’ll get right to it.”

So the rest of the day went with Jamie. Every time she’d make an attempt at talking with her boss, there was an excuse from Jon. In the end, she had cleaned the bathrooms twice, rearranged the magazines three times, mopped the floor four times, and had no lunch break to top it all off.

With shoulders shrugging after a hard day’s work, the sun long gone down now, she picked up her things and took one last look at the clock. Midnight…

I thought today would be the day.

Though Jon had left during most of the day, he had come back at night to ensure everything went well with closing. He sat back in his chair, munching on a moon pie.

“Night Jon,” she said, sulking. “See you tomorrow for another day.”

Jon sat up in his old chair, eliciting a tired creak from it. “Now hold it right there Jamie,” he said as his expression morphed. “What’s got you down sugar?”

Feeling a tightening grip in her throat, Jamie let a tear well up in one of her eyes. “I just-“ She started, and choked back the pride, anger, and frustration that had brewed all day. “I just wanted to talk to you about what I can do to get the promotion…you know, to the assistant manager position.”

Jon cleared his throat, nodding. “Oh that,” he said. “I knew you’d bring that one up…I just figured I’d keep you busy enough to make you forget. Well you ain’t gettin’ it, so just move on.”

Jamie clenched her fists tight. “But Jon, I work hard, I’m on time every day, I’ve done everything you’ve asked and no customer has ever complained -“

“Now I don’t wanna hear it honey,” Jon replied. “I wanna tell you somethin,’ you know about your promotion.”

All Jamie could do was purse her lips and nod.

Jon stood now, easily a foot taller than Jamie and three times as wide. “Did I ever tell you about how I became manager here?”

“No…” Jamie wanted to say that she didn’t really care, but just tilted her head.

“I was homeless, in a real bad spot in life,” Jon said, shaking his head. “I was way past rock bottom, almost threw myself down at the river bottom actually.”

Jamie’s expression had begun to soften as she listened.

“Fifteen years ago today actually, I was on my way down to the to kill myself. Done with life…it had nothin’ to offer a vagrant man like myself.”

Jamie wiped her tear from the corner of her eye, unsure now if it was from hearing his story or from her feelings earlier.

“I walked right by this store on my way from the alley, and there was Ted Crockett himself, standing in the doorway. He asks, ‘Son, you fixing to do somethin’ bad tonight?’ And all I could do was tell him I was headin’ to end my life, that I’d gotten in too deep and needed an end.”

“And then?” Jamie replied.

“Oh,” Jamie replied, though it was she could muster. She eyed her sandals in understanding.

“So here I am thanks to that promotion. I have a woman, two kids, and a nice apartment down on one thirty eighth. I couldn’t ask for anything else. Livin’ the dream, for reals though.”

Jamie knew that building, and knew it wasn’t in much better shape than her own, but to him it had been a “dream.”

Jon continued now, a tear rolling down his own cheek. “You already got that promotion honey…it didn’t take rock bottom to get you there. You got that promotion that saved you from that life on the streets, and I hope you know that.”
Jamie reached around and gave the large man a hug, though her hands only reached part way onto his shoulders.

“Okay,” Jamie replied, her face wet. “I know that…my business can wait…thanks for the promotion Jon.”

Jamie reached down and grabbed her things, looking back at Jon who was now wiping his nose with the same sweat handkerchief .

Jon smiled, a large, somewhat toothless grin. “Tomorrow you start as my assistant manager, and I have a lot of work cut out for you.”

Jamie shouted, making Jon trip over his desk chair. Another half hug was thrown over Jon.

Jon cleared his throat one more time and said, “But never forget your first promotion honey.”